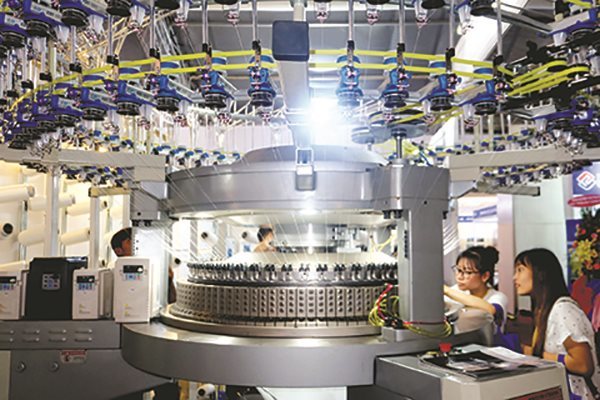 The industry witnessed an impressive export growth rate of 16 percent in 2018 compared with 2017, reaching $36 billion, which put Vietnam into top three exporters in the world, after China and India.

Analysts commented that the growth rate was high in the context of the world’s modest demand increase of 3 percent. Meanwhile, the 10 biggest exporters reported growth rates of below 5 percent only.

The high growth rate continued in Q1 2019, at 11.9 percent. With the export turnover of $8.6 billion of just three first months, the Vietnam Textile and Apparel Association (Vitas) believes the $40 billion target is within reach.

According to Le Tien Truong, CEO of Vinatex, orders from foreign partners have increased by 8-10 percent over the same period last year.

Analysts said orders continue because garments are not listed among the Chinese products the US is going to tax in the US-China trade war. Foreign partners have continued to place orders with Chinese and Vietnamese exporters.

If the Chinese garments are subject to US taxation, a part of orders would be redirected to Vietnam.

According to Truong Van Cam, deputy chair of Vitas, the EU-Vietnam FTA (EVFTA), which is expected to be inked in June, promises an opportunity to export $100 billion a year worth of textiles and garments.

The current tariff of 9.6 percent will be cut to zero percent once the FTA takes effect.

Meanwhile, CPTTP, which took effect in January, is believed to open new markets such as Canada, Australia, New Zealand, Peru and Chile. Previously, Vietnam’s products had to go through third countries before reaching the markets.

Nevertheless, analysts warned that Vietnam’s enterprises may not be able to exploit the opportunities of the FTAs because they cannot satisfy the requirements of the FTAs in terms of input material origin.

Regarding the product origin, under CPTPP “three-step rule”, the process of spinning, weaving, dyeing, finishing and sewing must be implemented in CPTPP member countries.

Vietnam still has to import 50 percent of fabric from China, 18 percent from South Korea and 15 percent from Taiwan, the non-CPTPP countries.

It is easy to call for investments for production stages because investors can see the great potential that FTAs can bring. However, local authorities now tend to refuse textile and dyeing projects for fear of environmental pollution.

Vinh Phuc province, for instance, in 2018 rejected a huge project, capitalized at hundreds of million of dollars registered by TAL.