VN, Thailand in Phillipines rice deal
Thailand and Việt Nam have won deals to supply a total of 250,000 tonnes of rice to the Philippines after the two countries reduced their selling prices to suit Manila’s budget.
Go Back 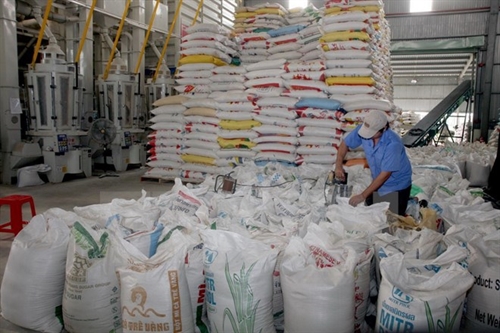 The tender has been a part of the state’s plans to import up to one million tonnes of rice to fulfill the country’s food demand for next year at low prices.

Officials at the Philippines’ National Food Authority (NFA) said Viet Nam will supply 150,000 tonnes of 25 per cent broken rice at US$424.85 per tonne, while Thailand will supply the remaining 100,000 tonnes at the same price. The price includes freight, insurance and other costs.

The NFA initially rejected higher bids from both countries, asking them to submit revised offers in line with its reference price of $425 per tonne.

Rice production in the Philippines has been affected by the severe weather, with an average of 20 typhoons passing through the country each year, which is why the country has had to import rice to meet the food demands of its 100 million people.

NFA spokesman Angel Imperial affirmed that Philippines needed a large amount of imported rice for its stocks and to prepare for any emergency situation.

Imperial said the agency’s buffer stock as of August 24 was good for only 21 days of domestic demand, below the minimum 30 days required during the lean harvest season from July to September.

Despite the tender by the Philippines, one of the world’s top rice buyers, Việt Nam’s benchmark five per cent broken rice prices fell this week to $345-$360 per tonne on a free-on-board basis, the lowest in 11 months.