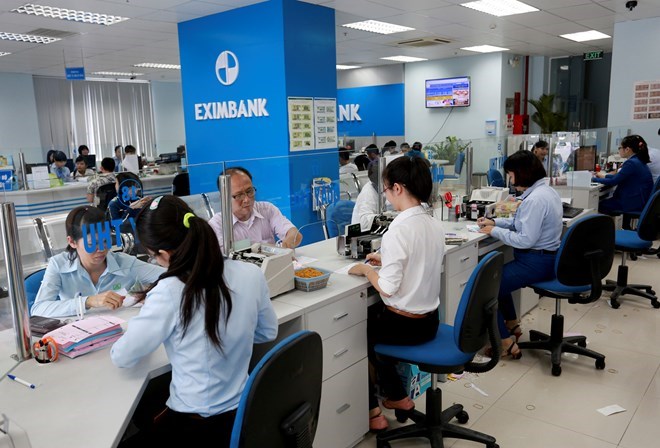 Moody’s has changed its 12-18 month outlook on the banking system in Vietnam to stable from positive (Photo: Eximban

The credit rating agency expects Vietnam’s real GDP growth to remain one of the strongest in ASEAN, at 6.7 percent in 2018 and 6.5 percent in 2019, driven by improved economic competitiveness, exports and domestic consumption.

On asset quality, Moody’s says that Vietnamese banks will show improved asset quality over the next 12-18 months, because strong economic growth will translate into improvements in borrower repayment capabilities and enable the banks to accelerate the write-offs of legacy problem assets.

Funding will stay stable as loan growth slows. In particular, Moody’s points out that the banks’ deposit growth has been strong, reducing their reliance on market-sensitive funding sources, such as interbank borrowings. As loan growth moderates to the pace of deposit expansion, the banks’ loan-to-deposit ratios will remain largely stable.

As for profitability, the banks will show better profitability because interest margins will continue to improve, as the banks boost loans in the higher-yielding retail and small and medium-sized enterprise segments. At the same time, credit costs will decline, as more banks resolve their legacy problem assets.

With government support, Moody’s says that the Vietnamese government will continue to support the country’s banks when needed, mainly in the form of liquidity assistance and forbearance from the central bank.

Moody’s rates 16 banks in Vietnam, which together accounted for 61 percent of total banking system assets at the end of 2017.