WB report: Vietnam’s pension system faces challenges
Economists of the World Bank (WB) said that Vietnam's retirement fund might have a deficit in 2020 despite positive changes in the Social Insurance Law.
Go Back 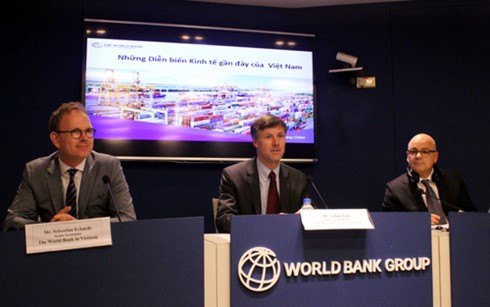 In its latest report on Vietnam’s economic development in the first half of 2016, which was released on July 19, the WB said that Vietnam is facing serious challenges.

Firstly, the rate of participation of the people in the retirement fund is still low, reaching only 22% of the workforce, while the majority are only entitled to a small social pension if they live to the age of 80.

Secondly, the pension system in the formal sector is financially unsustainable though it underwent reform in 2014. Thirdly official retirement is low.

Philip O’Keefe, an economist of the World Bank, said the ambitious goals of Vietnam is to increase participation rates in formal pensions by 50% in 2020 but it will be difficult to achieve this without policy reforms and increased public spending.

O’Keefe said the amended Social Insurance Law in 2014 allow workers in the informal sector to contribute a similar amount in order to encourage their participation. This is good, but it’s still too early to say whether it would help significantly increase the number of participants.

The 2nd strategy is decreasing the age enjoying social pension from the current level of 80 years old. This provision has been proposed but not yet approved.

According to WB experts, the official pension system is facing major challenges which will become increasingly serious when the aging process accelerates. Currently, the population aged 65 and older in Vietnam is 6.5 million, but the number is expected to increase by 3 times to 18.4 million by 2040.

In 2014, Vietnam made reforms but they were not fast and powerful enough to restore financial balance of the retirement fund.

Before the amendment, economists forecast that the fund would be in deficit since the early 2020s and the reserves will be exhausted by mid-2030; then it will be the time that needs growing support from the budget.

According to the WB experts, the amended law has improved the financial situation of the pension funds but there is no specific figure because the current calculation has not been updated.

However, after the 2014 amendment, the main factors leading to the imbalance to the fund were unmodified (like retirement age) or not modified enough (such as premature retirement provisions). Because of this, the fund cannot recover on a sustainable basis.

Therefore, the retirement fund is still likely to be in deficit in the 2020s.

Besides, the social pension is very low, only equivalent to 10% of the average income, and there is only a small percentage of the population aging from 65 to 79 and only those aged 80 years or older benefit from social pension.

The official pension situation is more complex. The benefit rate is relatively generous, currently prescribed at 3% for women for each year of contribution and 2.25% for men. Compared to international standards, this is a very high rate and unsustainable in terms of finance.

Despite the high rate, the practical benefit is lower because most people only contribute based on the basic salary, which is usually the minimum wage.

In 2014, the Vietnamese government implemented reforms to expand the contribution base, which is not only the basic wage but also allowances, bonuses and other remuneration regimes. This is a right step to solve the problem.

After mentioning the challenges, the World Bank also recommended a number of policies for Vietnam in the coming time.

Firstly, gradually reduce the social pension age from 80 to 70. Secondly, to raise the participation rate of those in the informal sector, Vietnam should expand the currently subsidized program.

Thirdly, if Vietnam seriously pursues the goal of expanding the range of workers participating in the pension system, it needs to implement current reforms in depth. In the medium term, Vietnam cannot maintain the current system without reform. It is time for the pension system to be reform again.