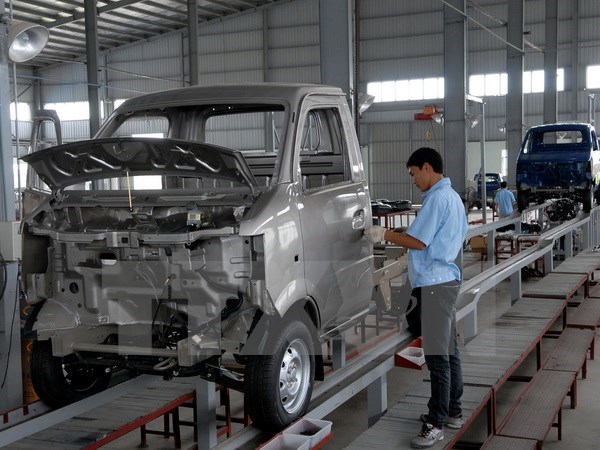 It is a good time for Vietnam to solidify macroeconomic stability and rebuild policy buffers through decisive efforts to rein in fiscal imbalances and tackle remaining vulnerabilities in the banking sector, she added.

According to the report, Vietnam’s better macroeconomic conditions helped maintain stability in the banking system.

On the external front, Vietnam’s export performance remains strong, with total export turnover increasing by 9.2 percent from the same period last year, mostly thanks to strong growth of manufacturing exports, especially hi-tech products such as cell phones, electronics, and computers.

The medium-term outlook for Vietnam remains positive, with growth projected to be maintained and inflation expected to remain low. However, slow restructuring progress poses risks to medium-term growth prospects while delays in fiscal tightening could undermine sustainability of public debt, said the report.

According to Pham Minh Duc, an economic expert from the WB, the Trans-Pacific Partnership (TPP) Agreement is expected to bring great benefits to Vietnam once the globe’s largest trade deal takes effect.

Among the current TPP signatories, Vietnam, as the economy with the lowest per capita GDP, has unique comparative advantages, particularly in labour-intensive manufacturing.

Simulations suggest that the TPP could add as much as 8 percent to Vietnam’s GDP, 17 percent to its real exports, and 12 percent to its capital stock over the next 20 years. Despite various implementation challenges, the impact of the TPP on Vietnam is expected to be positive.

“The recently concluded TPP will not only improving market access, but will also serve as a critical anchor for the next phase of structural reforms in Vietnam.”, said Sandeep Mahajan, a WB economist.