WB: Vietnam sees highest in five years
Though noting its impressive growth in the first half, a recent World Bank report also identifies certain risks to be addressed in Vietnam's economy.
Go Back 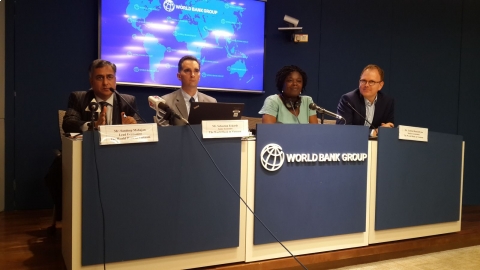 With GDP growth continuing to accelerate, at 6.28 per cent in the first half of the year, Vietnam has achieved the highest first-half growth for the last five years, according to the “Taking Stock: An Update On Vietnam’s Recent Economic Development” report released by the World Bank on July 20.

Economic activity continued to firm up in 2015, led by rising industrial output and a rebound in the construction sector. Macro-economic stability remains, and inflation has come down largely due to low commodity prices. Meanwhile, policy rates were cut, accompanied by a relaxation of macro-prudential policy.

Despite the impressive growth, Vietnam’s economy must still face risks from persistent fiscal imbalances, a weakening external position and structural reforms occurring at only a gradual pace, the World Bank warned.

The fiscal deficit over the last five years increased to 5 per cent of GDP (compared to 1.1 per cent during 2003-2008). The rapid pace of debt accumulation is cause for concern. Greater reliance on domestic debt has increased the average interest rate and significantly shortened the maturity profile of public debt.

The trade balance has deteriorated substantially because of commodity price declines. High-value manufacturing exports are up. The pace of SOE restructuring is slow. Some progress was made in banking sector reform over the first half, especially with regard to the consolidation of the banking sector.

According to Mr. Sandeep Mahajan, Lead Economist at the World Bank, Vietnam still lacks an adequate legal framework suitable for handling bad debts. “Although the VAMC had seen some positive steps, a lack of capital and limited capacity continues to be an obstacle for it in handling bad debts,” he said.

Assessing the prospects for Vietnam economy this year, the World Bank forecast GDP growth of 6 to 6.5 per cent, inflation of 2.5 per cent, a budget deficit of 5 per cent, and public debt to account for 64 per cent of GDP.