Home » Press » Who has enough money to buy Vietnam’s beer and milk giants?

Who has enough money to buy Vietnam's beer and milk giants?
The sale of Sabeco, the largest beer manufacturer, and Vinamilk, the largest dairy producer, is expected to bring great opportunities to foreign investors.
Go Back 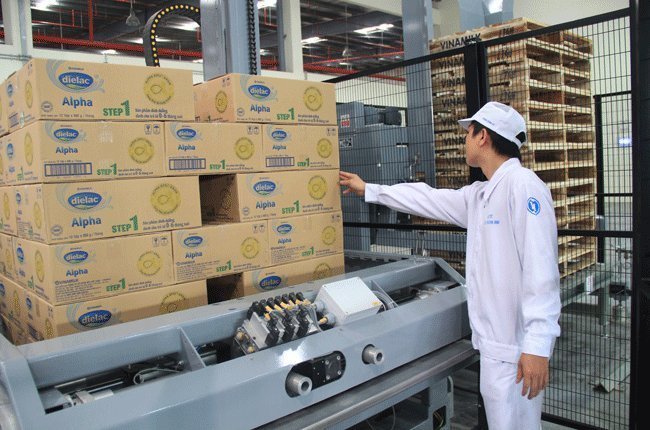 Bloomberg on September 8 quoted Le Hong Xanh, Sabeco’s general director, as reporting that Dutch Heineken, Anheuser-Busch and SABMiller as well as Japanese Asahi and Kirin Holdings are among the seven foreign conglomerates which have expressed their wish to buy Sabeco’s shares.

“Sabeco does not care if the buyers are foreign or Vietnamese. What we care is who pays the highest prices,” Xanh told Bloomberg at its head office in HCMC.

Sabeco will list its shares on the bourse before the share auction is organized, because the government decided that the share selling prices will be determined by the market.

Analysts said that it is not a surprise that foreign investors want to acquire Sabeco’s shares. Sabeco holds more than 45 percent of the market share with 333 and Bia Sai Gon brands.

Acquiring Sabeco’s shares will allow foreign investors to join the Vietnamese market immediately while there will be no need to spend time and money to penetrate the market. If holding Sabeco’s shares, they will have the opportunity to own 20 breweries which churn out 1.8 billion liters of beer a year.

Analysts say only it would be difficult to find Vietnamese investors who have good experience and strong financial capability to buy Sabeco. Meanwhile, SSI does not operate in the field.

Sources affirmed that the State would prioritize to sell Vinamilk’s shares to investors to bid the highest prices, but it does not necessarily want to choose Vietnamese investors.

Frazer & Neave in November 2015 sent word intimating that it wanted to buy the state’s Vinamilk shares at $4 billion.

However, analysts said if F&N wants Vinamilk stakes, it would have to pay more now because it would have to compete with many foreign investors. The share price has increased rapidly, especially after Vinamilk received approval to raise the ceiling foreign ownership ratio in it to 100 percent.

Vinamilk share price has increased by 35 percent this year.