Why is Vietnam’s automobile output 40 times less than Thailand?
Statistics from the Organization of International Automobile Manufacturers (OICA)in 2015 show that Vietnam manufactured only 50,000 cars, or 0.055% of total worldwide car production.
Go Back 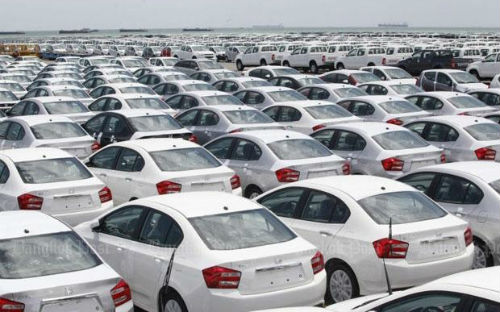 Vietnam’s automobile production was low in Southeast Asia, compared to 1.91 million cars in Thailand, 1.1 million in Indonesia, and 615,000 in Malaysia.

Experts pointed out two main causes of the slow development of Vietnam’s automobile industry: the weakness of the spare-part manufacturing sector and inconsistencies in transport infrastructure.

Currently, the localization rate of the domestic automobile manufacturers in Vietnam is very low, about 10-30% depending on car models, while the rate is up to 70-80% in Thailand.

Secondly, automobile prices in Vietnam are much higher than those in its neighboring countries. For some models, the price in Vietnam is 60-80% higher. The reason is the very high tax on this product. To own a car, Vietnamese people have to pay many kinds of taxes and charges, while the average income is only $2,200 per person in 2015.

Vietnamese automakers are only keen on two kinds of products: touring cars and commercial cars. The first kind accounts for over 90% of the total output, with 45,000 units a year.

It is anticipated that local automakers will face great challenges when trade agreements will bring the import tax rate on cars to zero percent in the very near future.

Specifically, import duties on cars from the ASEAN region will be reduced to 0% in 2018, and the rate on cars imported from WTO countries will fall from 70% to 47% in 2019. Meanwhile, domestic automobile assemblers still depend on the patronage of the state.

Even though Vietnam’s auto imports in the first half of 2016 declined compared to the same period of last year, imports from Thailand during this period increased strongly to 15,117 vehicles, with turnover of $276.5 million, accounting for nearly a third of the total number of cars imported into Vietnam.

Thailand outreached South Korea, China and India to become the largest car exporter to Vietnam. In late 2015, this country ranked fourth among car exporters to Vietnam, behind the above countries.

In the first half of 2016, Vietnam manufactured about 112,800 cars, an increase of 127.2% over the same period of last year thanks to the government’s policies that push up domestic consumer demand.

The Vietnam Automobile Manufacturer Association (VAMA) forecast that this year Vietnam will produce 260,000 vehicles, up 10% compared to 2015.

The rise of the economy and per capita income, along with the interest rate policy remaining low will help improve people’s demand for cars, particularly cars with under nine seats.

However, the sales of trucks will slow down in 2016. The motivation for truck sales in 2016 will come from the demand of replacing outdated vehicles. According to the Vietnam Register Agency, 19,000 trucks will be out of date in 2016, compared to 15,000 vehicles in 2015.