Why September Could Be Huge for Markets All Around the World
The first debate of the U.S. presidential campaign. A Group of 20 (G20) central bank interest rate announcement nearly every other trading day. And a key meeting among commodity nations around the world.
Go Back 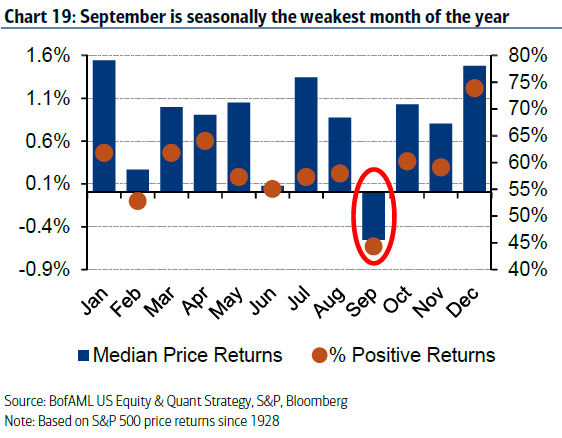 With a jam-packed calendar in September, no asset class is immune from potential event risk.

That’s not to mention that the month has typically been the worst one for stocks — the only one in which the median return for the S&P 500 has been negative going back to 1928, according to Bank of America Merrill Lynch Head of U.S. Equity and Quantitative Strategy, Savita Subramanian.

Now, Wall Street strategists are warning of an end to the unusual calm that’s characterized markets in August, advising clients to go long volatility, citing, in part, the prospect of rising cross-asset correlations. 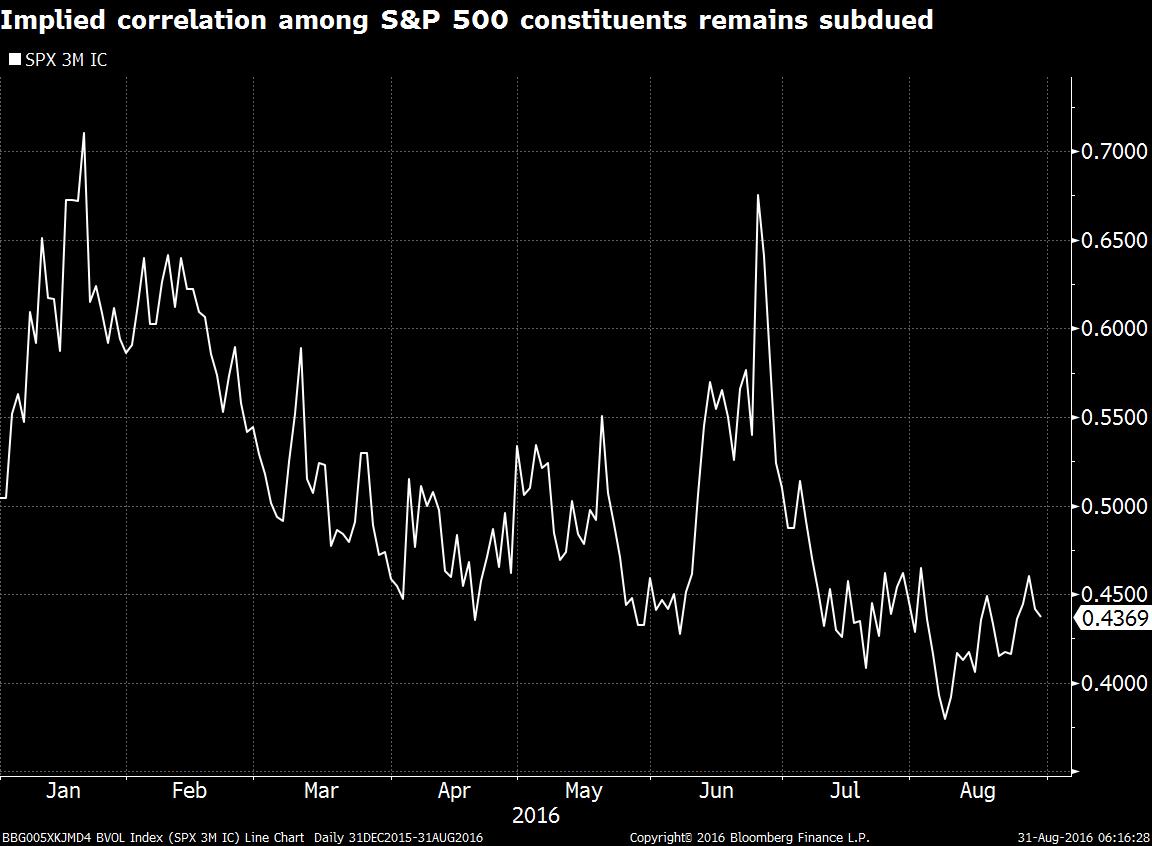 Bank of America Merrill Lynch Head of Global Rates and Currencies Research David Woo, meanwhile, has suggested that investors are being overly complacent about the potential for a “clean sweep” in the upcoming U.S. elections, which would pave the way for fiscal stimulus in the world’s largest economy. This, in turn, could deal a major blow to risk parity portfolios in particular on the scale of the taper tantrum of 2013 or the Chinese currency devaluation of 2015.

Of course, there’s no guarantee this volatility will ever materialize: strategists were also warning of a swoon in U.S. stocks and uptick in volatility right before they proceeded to march to all-time highs.

The first major headline event to kick off the month’s festivities is August’s non-farm payrolls report, slated to be released on Friday. A strong number would potentially set the scene for a Federal Reserve rate hike when officials next meet on September 21.

Investors have been repricing the odds of an increase in interest rates upwards in the run-up to Fed Chair Janet Yellen’s speech at the Jackson Hole Symposium and Fed Vice Chair Stanley Fischer’s comment that Yellen’s remarks were consistent with the possibility of two rate hikes in 2016, though the implied probability of a hike in September has eased in recent sessions.

This argument may be put to rest on Friday, as job growth in August has come in below analysts’ expectations for five consecutive years.

Incoming central bank decisions will drive global markets in September, given the potential for a rate hike from the Fed and the impact of large asset-purchasing schemes in the U.K., Japan, and the euro area, for foreign exchange and credit markets, in particular.

The ECB Governing Council meets on 8 September and it faces a make-or-break bid to save its quantitative-easing strategy in the face of self-imposed limits on what it can buy. Analysts say the ECB might extend the horizon of its asset purchase program from March to September 2017.

The next Bank of England meeting is on September 15 — analysts, surveyed by Bloomberg, only see a 6.3 percent probability of a rate cut at that meeting — and attention will focus on the implementation challenges of the monetary authority’s bond-purchase scheme after a challenging start for the program.

Similarly, fears are growing the Bank of Japan (BOJ) is exhausting its policy arsenal amid weak GDP, stubborn deflationary pressures, and a declining stock of government bonds available for purchase. The BOJ will announce the results of its comprehensive review of its monetary policy on September 21 — the same day as the Fed decision — amid rising expectations it will cut rates further into negative territory.

The G20 Summit will also take place on September 4-5, with China, the host, seeking to focus on global growth and financial-sector issues. There has been a rhetorical shift in recent months among advanced-economy policy makers in favor of looser fiscal policy, given the declining returns from monetary stimulus.

Although analysts don’t foresee a coordinated plan at the G20 level for a large fiscal stimulus plan, markets will be keenly focused on the extent to which policy makers talk up the growth-boosting efficacy of fiscal policy, in general, a development that could reshape trading investments over financial assets, particularly high-grade bonds.

And while the Organization of Petroleum Exporting Countries (OPEC) could be renamed the Organization Who Cried Production Freeze, analysts at Barclays Plc see cause to believe the threat to maintain output at current levels is more credible this time around, with officials from OPEC member countries scheduled to meet in Algeria from September 26 – 28.

“Non-OPEC countries that many analysts thought could not produce more (Russia for example), as well as some OPEC countries have continued to raise their production,” writes Kevin Norrish, managing director of commodities research. “So a freeze this time could help stem some potential further supply growth.”

September is also the start of the school year in global primary capital markets and analysts expect a busy pace of U.S. investment-grade issuance despite unusually strong supply in August. Analysts at Bank of America, for example, expect $120 billion in new high-grade bonds. The ease in which credit markets absorb the supply will serve as an indicator of M&A and share buy-back volumes in the second half of year given the bond market’s outsize role in such corporate financing activities, say analysts.

In sum: vacation’s over. Report back to your terminal immediately.