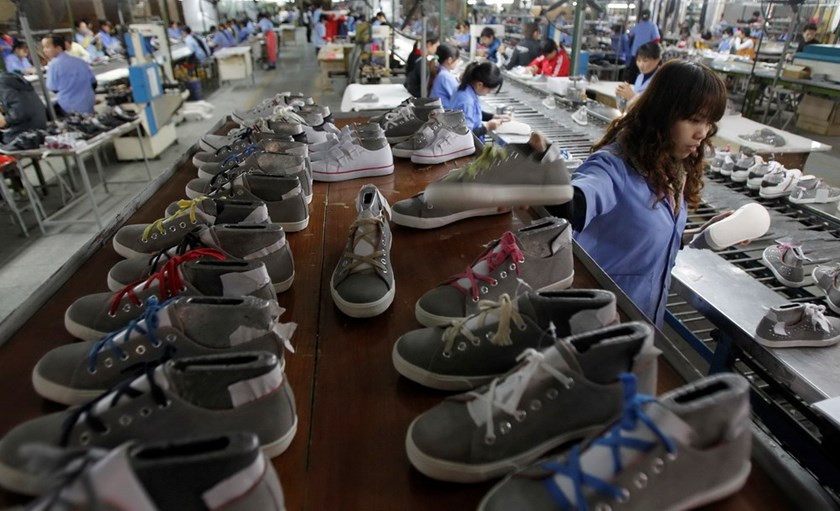 Vietnam is the most investment worthy place in ASEAN – this is a common response of many foreign investors when being asked about their investment plan in the upcoming years.

This is not an exaggeration about Vietnam’s current investment environment as well as its potentiality but is in fact based on valid and practical grounds, where improved economic diversification, international integration, reformed investment legislation and good economic policy must be counted.

According to a recent statistics by the General Statistics Office, GDP growth of Vietnam over the first six months is quite high, at 6.28 percent. This is the highest growth for the past five years and could be far over the targeted growth for 2015.

Not only the Vietnamese government is optimistic about the economic development of the country this year, other international organizations also provide positive forecast about Vietnam’s GDP growth in 2015. For example, ANZ maintains its forecast about Vietnam’s GDP growth to be at 6.5 percent in 2015 and 2016, based on positive signals such as increased domestic demand, increasing attraction of foreign direct investment of the manufacturing industry and consumer confidence index reaching a new peak in June.

Together with macroeconomic stability and controlled inflation, the government of Vietnam is fiercely improving the business and investment environment and making great attempts to achieve key economic indicators of top regional countries until 2016.

Up to January 01, 2015, the total time for tax compliance is reduced to 370 hours per year, which is an impressive decrease compared with 872 hours annually according to the 2013 statistics.

With the implementation of single window regime at international sea ports, it is expected that goods clearance time would be reduced from 21 days to 14 days for exports and 13 days for imports.

In particular, Vietnam, together with other 12 countries, including its major trading partners like Japan and the US is negotiating the Trans-Pacific Partnership (TPP) with market size of 800 million people, accounting for 38 percent of global GDP. Vietnam would be the largest beneficiary of this trade pact as a result of its strong trade ties with the US, and its highly competitive positions in industries such as manufacturing where China is gradually losing its competitive advantage. Statistics shows that by participating in the TPP, Vietnam’s GDP would add an additional increase of 13.6 percent to the baseline scenario.

Beside the TPP, the EU-Vietnam FTA will also unlock huge opportunities to Vietnam such as tariff reductions, trade facilitation, investment attraction, expansion of markets to 27 EU countries, sustainable development and economic restructuring.

Vietnam and nine ASEAN countries will establish an ASEAN Economic Community (AEC) by end of this year. This is a potential and dynamic market with over 620 million consumers, 60 percent of which is under the age of 35. This community, once established, would be the seventh largest economy in the world – fourth largest by 2050 if growth trends continue. AEC will be an attractive single production hub and facilitate international trade.

It is no longer in theory. Vietnam is actually benefiting the most from growing wages in China, with more and more manufacturers shifting their production to Vietnam.

Foreign investors of a number of high-tech investment projects in Vietnam have decided to increase the investment capital and expand their production activities to timely grab the opportunities that FTAs create when they come into effect.

Recently, Bel Vietnam, a famous producer of French cheese in Vietnam has started constructing a new factory in Binh Duong with the total investment capital of US$17 million.

LG Group is another case. Its initial investment capital was $300 million to build a factory in Hai Phong. However, it then decided to increase the capital to $1.5 billion.

Samsung in its export-oriented investment strategy announced its increase in investment capital by $3 billion in November 2014.

Other investors in textile sector are also preparing their entry into Vietnam’s market to grasp the advantages of the upcoming TPP. Since members of the TPP do not include China, India and Thailand, who are the direct competitors of Vietnam in the textile industry, Vietnam will have price related competitive advantage over these countries due to tax preferential treatment that TPP countries grant to Vietnam. It is expected that with the TPP, Vietnam’s textile export turnover will reach $30 billion in 2020 and $55 billion in 2030.

New laws considered the most liberal and investor-friendly in the region, such as the new Enterprise Law, Investment Law and a decree on Public Private Partnership, have been adopted. Barriers to business and investment are removed to pave the way for an open, transparent and full-of-opportunity environment for foreign investors.

The second wave of M&A seems to already start in 2014 when six deals are reportedly made every week. The total M&A deals in 2014 was 313 with value of $2.5 billion, a 15 percent increase compared with the previous year.

Meanwhile, the 2014 Enterprise Law grants certain flexibilities for investors to manage their entities in Vietnam by allowing multiple legal representatives and carry out all types of business activities provided that they are not prohibited by law.

In addition, the government aims at privatizing 289 state-owned enterprises in 2015 and highly emphasized on substantive and efficient privatization. The number of commercial banks is forced to be reduced to 13-15 in 2017 and smaller banks under the pressure of competition and capital requirements will look for new foreign investors to achieve expansion.

The government is also aware that privatization process must increase the number of shares sold and ensure a win-win solution for both investors and the government. During the 2000- 2013 period, the number of state-owned enterprises fell by almost 50 percent from 5,800 to 3,135. Privatization was reported to be successful: 40 percent had growth of over 10 percent following privatization. These successes drive foreign investors in their investment in these very potential areas.

Vietnam is a country of changes and currently offering increasing opportunities for foreign businesses. The underlying strength of the economy is reflected in, among others, controlled macroeconomic indicators, strong productivity gains and extensive integration into regional and global economy.

It is now exactly time for foreign investors to start their business plans and grasp the upcoming clear opportunities.

* Editor’s note: The view is personal and does not necessarily reflect the editorial position of Thanh Nien News.