Without registered trademarks, businesses lose markets
Many Vietnamese businesses are not registering their trademarks for protection, putting them at high risk of losing markets.
Go Back 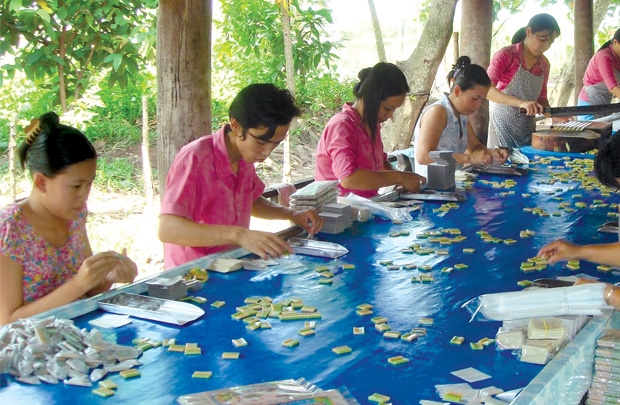 An official report shows that Vietnam has hundreds of thousands of product trademarks and a wide range of export items, but only 400 trademarks have been registered at foreign intellectual property (IP) agencies for protection.

In the EU market, for example, Phu Quoc Fish Sauce is the only product which has geographical indication protected. The indifference by Vietnamese businesses to trademark registration shows their limited vision in the context of global economic integration.

The big problem is that the infringement of Vietnamese trademarks can be seen more in the markets where Vietnamese goods are favored by consumers, such as China, Thailand, Indonesia and Laos.

Duong Thanh Long from Aliat Legal, a law firm, cited a report of the Vietnam National Office of Intellectual Property (NOIP) as reporting that in 2013-2015, Vietnam received many registration applications for protecting trademarks from Asian countries, 45 percent of which were in the fields of advertising, technology, education and cosmetics, while 16 percent were in farm produce.

Meanwhile, the number of registration applications made by Vietnamese businesses in the region was very modest.

According to Vuong Duc Tuan, a senior official from the Ministry of Science & Technology, two-way trade turnover between Vietnam and ASEAN reached $9.74 billion in the first quarter of 2016, increasing by 10 times over 2002.

The trade with countries which share a border with Vietnam and have cultural similarities has led to unhealthy competition in the market, including counterfeiting goods and appropriating trademarks.

In 2015, NOIP received 37,000 registration applications for trademark protection, including 30,000 from Vietnamese businesses, an increase of 10 percent over 2014.

However, the agency commented that Vietnamese businesses, especially farm produce brands, still did not pay appropriate attention to protecting their trademarks.