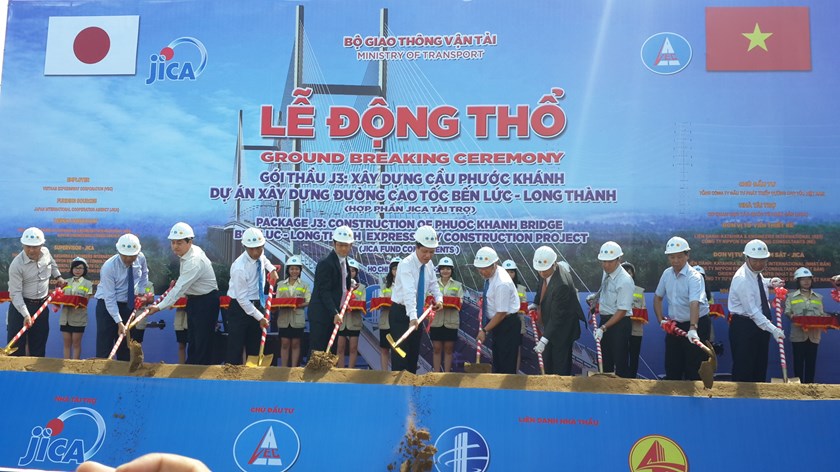 Ground has been broken for the cable-stayed Phuoc Khanh Bridge in Ho Chi Minh City, the bridge with the highest vertical clearance in Vietnam.

The bridge connecting Can Gio District with Dong Nai’s Nhon Trach District will be part of an expressway that connects Long An and Dong Nai provinces.

It will be 22 meters wide and have four lanes.

It is estimated to cost nearly VND3.5 trillion (US$161 million), and will be funded by the Japan International Cooperation Agency and built by the Sumitomo – Cienco Joint Venture.

At the groundbreaking ceremony on July 18, Deputy Minister of Transport Nguyen Ngoc Dong said the bridge is a major project in the 2,500-km (1,553-mile) North-South Expressway.

“The builder has to follow the schedule, ensure quality and not affect traffic during construction,” he said.

The 57-km (35.5-mile) Ben Luc – Long Thanh Expressway project is scheduled for completion in 2018, when it will become a thoroughfare between the Mekong Delta provinces and major ports like Thi Vai and Cai Mep on the Saigon River.