Work to do
It was 9pm at a luxurious restaurant in HCM City. Ms. Ngoc Mai, the 28-year-old receptionist manager, was about to finish a hard day’s work at the restaurant. But she stayed a little while longer to practice her with a kindhearted foreign colleague.
Go Back 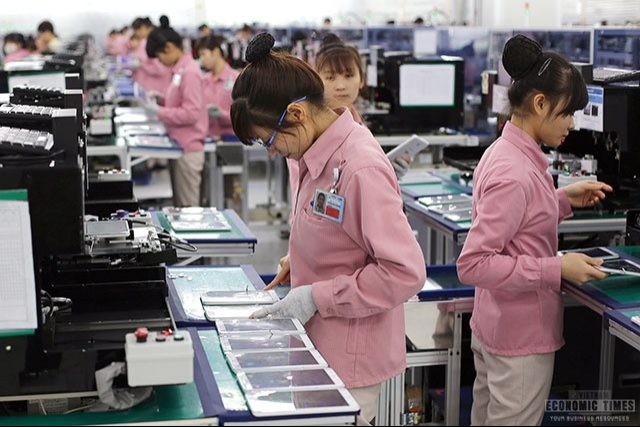 Many of the guests at the restaurant are foreigners. “I want to arrange my time so I can attend formal English classes as well,” Ms. Mai said.

“I don’t want to lose this job and its handsome salary so I must try to improve my skills.”

Ms Mai’s concern over skills is justifiable, as her job could be taken anytime not only by another Vietnamese but also by anyone from neighboring countries.

The introduction of the ASEAN Economic Community (AEC) at the end of 2015 paves the way for the freer flow of skilled workers in different sectors, including the one Ms. Mai works in.

Under recognition arrangements, the ten ASEAN countries, with a total population of around nearly 630 million, will allow workers in eight sectors – tourism, medicine, dentistry, nursing, accounting, surveying, engineering, and architecture – to seek employment freely within the AEC. These sectors account for 1.5 per cent of all ASEAN employment.

“Due to existing development gaps, skilled workers tend to move to more developed countries like Singapore, Malaysia, and Thailand,” Deputy Minister of Labor, Invalids and Social Affairs Doan Mau Diep told a workshop on the AEC on January 13.

“Most remaining workers seeking jobs in other countries have low qualifications, which will pose a challenge for Vietnam in developing, stabilizing, and managing the domestic labor market.”

A number of AEC member countries, such as Malaysia, Singapore, and Thailand, are mature markets compared to Vietnam.

With their strong infrastructure they have been selected as Asian regional hubs by multinational corporations, according to Mr. Jon Whitehead, Country Manager at recruitment firm Robert Walters Vietnam.

Their exposure to global projects is therefore greater, which has fostered the development of skill sets among their professionals.

“This is an opportunity for Vietnamese people to learn from their regional industry peers, who have honed their skills across a longer period of time,” Mr. Whitehead told VET.

Vietnamese professionals, however, at least have the advantage of understanding the local culture, language, and business practices.

Most Vietnamese professionals see integration into the AEC as a good opportunity to develop their career, according to a survey conducted by online recruitment service VietnamWorks and released in July 2015.

“Ninety-two per cent of our survey respondents said Vietnam joining the AEC is a good thing for Vietnamese employees,” said Mr. Gaku Echizenya, CEO of VietnamWorks.

There were two commonly-cited benefits claimed by survey respondents about AEC integration, with 52 per cent believing they will have more opportunities to work with and learn from foreign experts in other ASEAN countries, while 46 per cent said international workplace cultures will transform Vietnam’s workplace culture for the better.

“With these optimistic perspectives coming from a relatively young working population, I believe Vietnam’s human resources will improve tremendously once the country completes its integration into the AEC,” Mr. Echizenya said.

The challenges will be around the fact that Vietnam remains a recruitment market short on talent.

While the AEC may open the doors for professionals to work in Vietnam, it also presents opportunities for Vietnamese candidates to leave the country, according to Mr. Whitehead.

“From a labor market perspective, we need to keep a good balance of qualified talent in the country in order to fill all the available job positions,” he said. “A major opportunity from the AEC is attracting more talent into Vietnam.”

While the AEC contains no provisions for the free movement of unskilled labor, insiders have said that skilled labor is unlikely to move more freely in the early stages of the AEC as some member countries have imposed rules to prevent competition.

ASEAN agreements call for mutual recognition arrangements (MRAs) that allow for regional labor mobility by enabling ASEAN citizens to gain the skills and experience needed for certification in their own country that can be transferred to other ASEAN countries.

It should be noted, however, that some of these professions, including tour guides and architects, are subject to restrictions in Thailand.

“By royal decree, Thailand has 39 ‘protected professions’, including tour guides and architects, which foreigners are not allowed to engage in, so certain local laws must be amended to comply with these MRAs,” said Mr. Simon Matthews, Country Manager Thailand, Vietnam and Middle East at ManpowerGroup.

Malaysian employers only can receive permission to hire migrants if a labor market test demonstrates that local workers are unavailable, he added.

This labor market test involves posting vacant jobs in the country’s job clearing system for a specified period of time, such as one week for farm jobs and a month for manufacturing jobs.

Singapore’s employers must advertise job vacancies on a government jobs bank for at least 14 days before they apply to hire an Employment Pass (EP) holder (that is, a foreigner).

Vietnam, meanwhile, has not issued specific regulations on protecting local workers at a time when human resources pose a major problem for it ahead of the formation of the AEC, including low workplace productivity.

Productivity in Vietnam is among the lowest in the Asia-Pacific region.

According to research by the International Labor Organization (ILO), productivity in Singapore in 2013 was 15 times higher than in Vietnam and Vietnam’s was only one-fifth and two-fifths of the rate in Malaysia and Thailand, respectively.

Vietnam’s greatest advantage in the competition with other members of the AEC is its abundant source of workers of a young age.

While Vietnam boasts advantages in cheap labor, the risk for an economy depending on cheap labor is high, according to insiders.

Cheap labor and manual labor means low quality and a lack of creativity. With such characteristics, Vietnam would not be an attractive destination for projects with high technologies or large scale.

While general education should provide students with basic knowledge and skills and help them develop their own character, higher education must equip students with specialized and practical skills and a proper work ethic. Vietnam’s education system, however, has largely failed at these goals.

There has been an existing skills mismatch between what the education and training system offers and what enterprises need. In a recent ILO skills survey of over 200 enterprises in the tourism sector in central Vietnam, all employers said that graduates from vocational schools do not meet their requirements.

The number of jobless graduates is on the rise in Vietnam, reaching 225,500 in the third quarter of 2015, up 13 per cent and nearly 30 per cent, respectively, against the second quarter and the same period of 2014, according to figures from the Ministry of Labor, Invalids, and Social Affairs (MoLISA).

Overall unemployment fell 14 per cent to 1,128,700 people compared to the second quarter, but the figure for people with higher levels of education increased.

Unemployed people with a university or higher education accounted for 20 per cent of the country’s jobless.
The key to improving Vietnam’s labor competitiveness is up-skilling the workforce.

Effective education and training systems are vital for the country to compete globally and regionally, according to Mr.

Colin Blackwell, Chairman of the HR Committee at the Vietnam Business Forum.

“We look forward to the government’s continued streamlining of the operating environment for these foreign training companies,” he said.

The Vietnamese Government and policy makers have been active in this regard lately.

Among others, the establishment of Fulbright University Vietnam (FUV) is an important highlight in education cooperation between Vietnam and the US, according to the Shared Vision Statement of the two countries approved when Party General Secretary Nguyen Phu Trong held talks on July 2015 with President Barack Obama during his official visit to the US.

Upon establishment, FUV will be the first private and non-profit university in Vietnam, creating a talent training system and acting as a forum for policy recommendations.

It is also necessary to fine-tune legal documents to protect employment for Vietnamese workers and effectively use foreign workers with high qualifications.

Deputy Director of the Employment Department at MoLISA, Mr. Le Quang Trung, urged improvement in the dissemination of laws and coordination among State agencies in foreign worker management.

At the macro level, governments, policy makers, and enterprises should pay special attention to improving the competitiveness of human resources, supporting the free flow of skilled labor, and managing overseas workers, participants at the January 13 workshop said.

To share prosperity and ensure better employment, many attendees stressed the need to promote connectivity within and outside of ASEAN, effectively shift economic and labor structures, capitalize on competitive edges, improve human resources quality, and deftly manage the labor market.