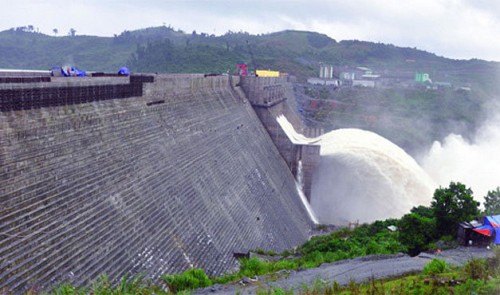 The Vietnam Dam Rehabilitation and Safety Improvement Project, which supports the government’s dam safety program, will rehabilitate about 450 irrigation dams that have been prioritized based on their age and condition, the World Bank said in a press release.

About 6.8 million people in Vietnam are expected to benefit from the program, financed by the International Development Association (IDA), part of the World Bank that helps the world’s poorest countries.

“Failure to secure the safety of these dams poses a serious risk to people’s safety and economic resilience,” said Victoria Kwakwa, the World Bank Country Director for Vietnam.

“This project will help protect the safety and livelihoods of the 6.8 million people who rely on these dams.”

The project will help about 2.7 million people who rely on these dams for agricultural and aquaculture production and water supply, and about 4.1 million people plus economic assets downstream that are at risk in the event of a dam failure, according to the World Bank.

Vietnam has one of the world’s largest networks of dams and hydraulic infrastructure, alongside China and the United States.

This network comprises over 7,000 dams of different types and sizes that make a substantial contribution to the country’s development.

This is particularly true in rural areas where 70 to 80 percent of the population earn a living via agriculture.

In addition to financing the physical rehabilitation of irrigation dams, the project will also support the government’s efforts to implement a sustainable framework for ensuring safety across their portfolio of dams, according to the World Bank.

This includes establishing technical and regulatory standards, codes, guidelines and norms to be applied across all types of dams so that overall dam safety is more standardized, transparent and accountable.