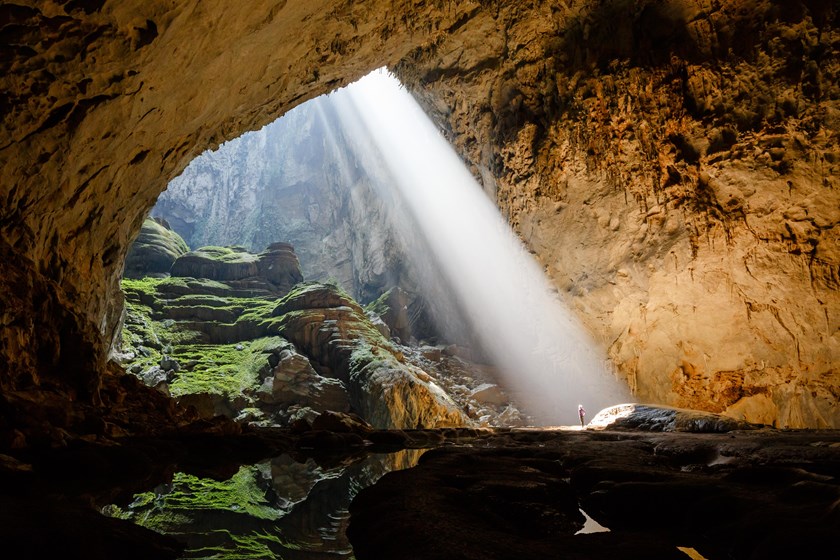 Sunshine through a section of Son Doong at around noon. Photo: Ryan Deboodt

US magazine Smithsonian has put Son Doong, the world’s largest cave in central Vietnam, on top of its new list of 25 places to see in the 21st century.

Son Doong, or Mountain River, is around five miles long, five times longer than the world’s second longest cave, Deer in Malaysia, 450 feet at its widest and 600 feet at its highest.

The magazine, which is published by the Smithsonian Institution, the world’s largest museum and research complex, describes the cave as one big enough to accommodate the Washington Monument and fit a pair of Boeing 747s side by side.

Son Doong is not only known for its sheer size. There are shimmering rivers running through it, a dense subterranean jungle that keeps growing thanks to shafts of sunlight through the fallen stretches of the cave ceiling, and fossilized corridors, which prove there was life inside millions of years ago.

ABC’s Zinger Zee called the cave Avatar as she came to make a Good Morning America episode last May. Bored Panda named it a place out of this world.

Local man Ho Khanh discovered the cave in 1991, and in 2009 helped British cave experts explore it.

The British are now working as guides for tours of the cave, which take five days and four nights and cost around US$3,000 each.

The full Smithsonian list includes Cern, the God particle laboratory in Switzerland, a space line in New Mexico, a gorilla national park in East Africa, a perfect place for watching stars in Chile, and ice caves in Alaska.